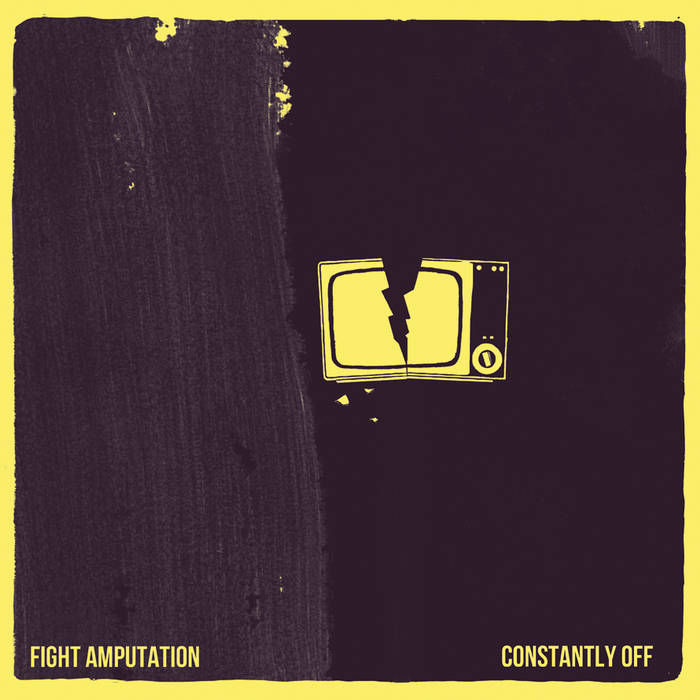 Vomir Tzamblack Best alternative/sludge since Fudge Tunnel. Just like them, Fight Amp broke up at the peak of their powers.

Azazel ♒ 7293 If you hate everything that came out after the year 1995 this album is for you. Also if you love the Melvins and Nirvana but with less heroin and more showers. Favorite track: I Perceive Reptoids.
more...

Philadelphia, PA's noise rock power trio FIGHT AMPUTATION (also known as FIGHT AMP) return with their heaviest and most mature material to date. Their first new recordings in over three years, the new album Constantly Off is a thunderously heavy blend of grunge, sludgepunk and noise rock. Recorded by Steve Poponi (Into It. Over It., Ladder Devils), FIGHT AMP have perfected their signature sound on Constantly Off, kicking up the riffs and locking in the rhythms with the addition of more focused, melodic vocals. Fans of early Melvins, Nirvana and Eyehategod take note.

"If you've been longing for the missing link between Eyehategod and Nirvana, you're gonna love this."
- www.razorcake.org

"Constantly Off is constantly hitting the mark."
- skullsnbones.com ( 5 / 5 )

"The Philly-based band has come out swinging on its most recent album, likely to surprise more than just my set of ears. Constantly Off might be the opposite way I’d describe the album, as every song on this short (but very sweet) six-track record is a winner."
- newnoisemagazine.com (4 / 5 )

"The irony of Fight Amp’s new album Constantly Off is that it is pretty much constantly ON, save for a few well-placed reprieves that begin songs which quickly kick into high gear. These moments feel like slingshots being slyly pulled back, and it’s a testament to the group’s attention to detail and dynamics that we are treated to a peaks-and-valleys sense of contrast which only amplifies the baddassery of the songs."
- www.metalsucks.net (4 / 5)

"Beneath a hard crust of booming toms and slippery Unsane-esque rhythms lies an efficient, borderline-pop songwriting sensibility that reminds me a bit of Torche’s early work."
- www.stereogum.com

Additional vocals by Rebecca Burchette (of Multicult).
Design and layout by Dan Smith
with art direction by FIGHT AMP.

Bandcamp Daily  your guide to the world of Bandcamp

Cannibal Corpse's George "Corpsegrinder" Fisher stops by for an interview